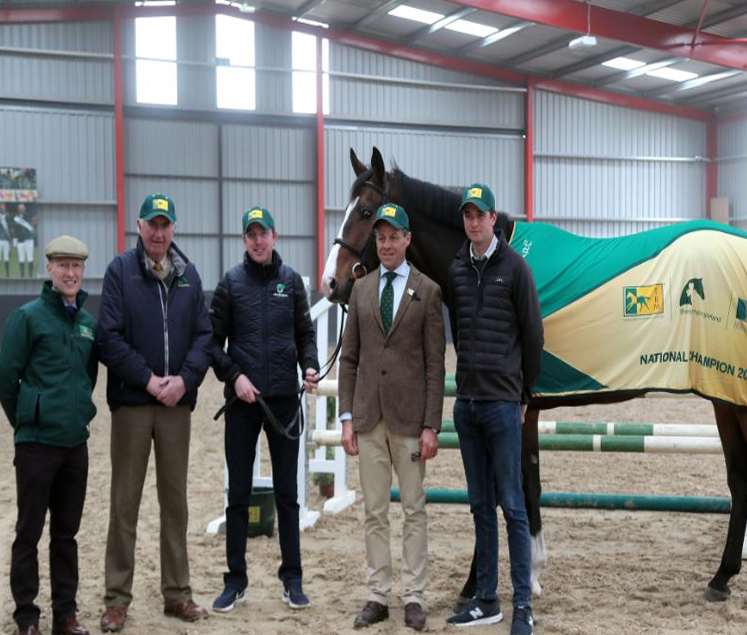 Launched last month, Showjumping Ireland’s 2018 New Heights Champions Series is taking place at 9 legs across the country, including the final, with an overall prize fund of €105,000.

In addition, all events are free to attend. The first round took place at The Meadows Equestrian Centre in County Armagh on April 21st & 22nd. The third round will be taking place from May 26th-27th in Ballinasloe.

The full line-up of events is as follows: 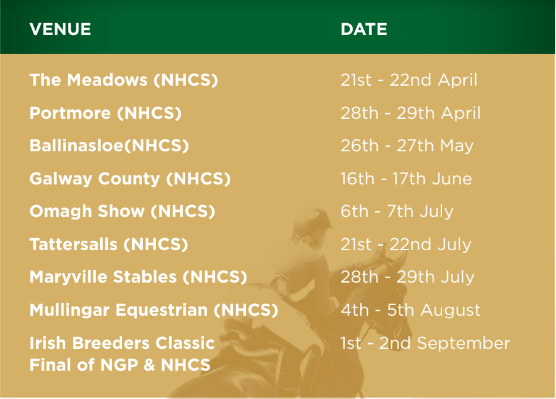 The series is sponsored by TRM, who are Europe’s leading manufacturer and distributor of nutritional feed supplements and general healthcare products for horses, and by Horse Sport Ireland, the National Governing Body for Equestrian Sport in Ireland.

The 2018 New Heights Champions Series final will take place in Barnadown, Co Wexford at the Irish Breeders Classic in September.

Regarded as the pinnacle of Irish Show Jumping nationally, the series boasts a lucrative prize fund, both in the individual rounds and for the overall winners. The overall prize fund for the winning athlete combination is set at €2,000, with the runner-up receiving €1,000.

There is also a breeders prize up for grabs for the top three Irish-bred Horses of the series. The winner will receive €2,500, runner-up €1,500, and third place will receive €1,000.

In recognition for their work, grooms will also feature in the prize funds this year, with €200 for the winning groom at each leg and €1,000 to the overall leading groom of the series.

“Horse Sport Ireland are delighted to sponsor the New Heights Champions Series again in 2018, in partnership with TRM. The New Heights Champions Series is at the pinnacle of our National Show Jumping circuit and plays a critically important role in the development of both horses and riders, many of whom use the league as a stepping stone to international competition.

“We look forward to attending the New Heights Champions Series and watching our talented national riders compete for a coveted prize fund of over €105,000. We are also looking forward to working closely with SJI, show organisers, riders, owners and all stakeholders for the future development of this important National Show Jumping series.”